In December 2015 storm Frank hit the UK, putting flood defenses to the test, and in many cases proving them to be insufficient. Near Drummoak in Aberdeenshire, this led to the failure of a historical embankment, causing flooding of a significant area of farmland.

In 2016 the embankment rebuilt with even greater height and the addition of armor-stones on the riverside. At the beginning of winter 2016 however the embankment began to fail again as the river rose. A second embankment was hastily constructed inside of the existing one to contain the water, and a contract was issued to investigate the cause of the failure, and the structural makeup of the embankment. 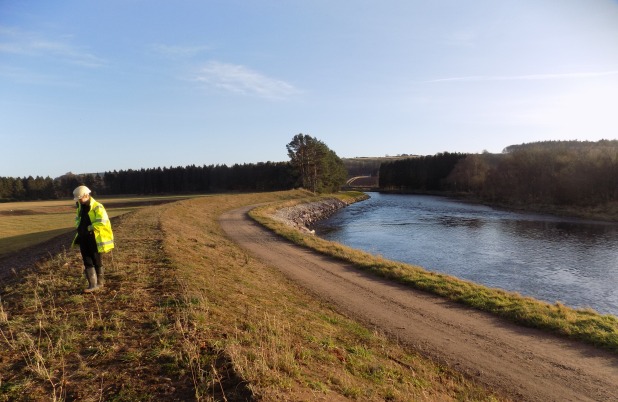 Several trenches were excavated into the northern side of the embankment, flanking the previous breach point. Samples were collected for geotechnical testing, and logs of the material and relative density were produced. Due to sidewall instability, the trenches could not proceed to the base of the embankment without significantly compromising the embankment, and so were kept shallow, and a series of boreholes were planned for supplementary information. 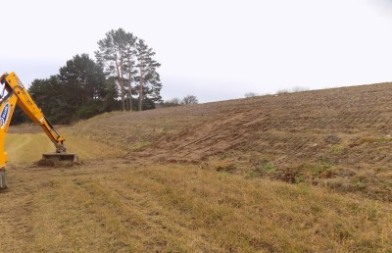 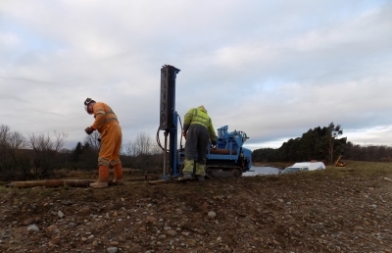 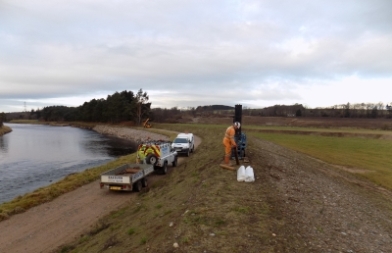